All you need to know about Zakynthos island! 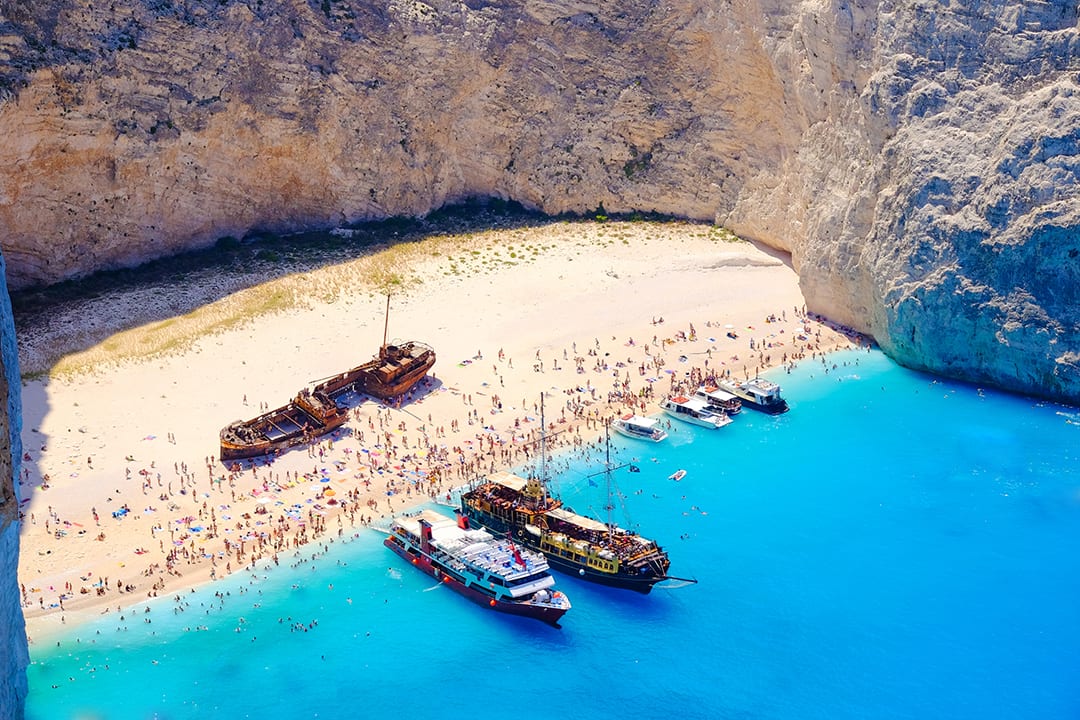 All you need to know about Zakynthos island!

Arguably one of the most dazzling islands in the Ionian sea is Zakynthos. Turquoise waters, soft white sands, exotic landscapes and enchanting sights are what create a tropical paradise for every visitor that steps onto the island…

The island’s beaches are famed for their sugar fine sands and crystalline waters. In addition, lush green vegetation, impressive towering cliffs and rugged landscapes add an otherworldly vibe to each bay. Most of the organized beaches can be found of the eastern part of the island, whereas the more secluded beaches are found on the west. Almost every beach on the island is striking in natural beauty! Here are Live the Greek Life’s top five.

Navagio (Shipwreck beach): This beach is one of the most photographed sights in Greece and one of the world’s most famous beaches. In addition to its soft white sands and turquoise waters, it is the impressive shipwreck upon the beach that makes this the most frequented beach on the island. The beach was originally named Agios Georgios, however after a ship transporting illegal cigarettes was washed ashore in 1983, the beach took its new name, Navagio- ‘Shipwreck’. The beach can only be reached by boat from the port of Vromi, however the 30 minute journey is almost as wonderful as the cove itself.

Gerakas: The attractive beach of Gerakas can be found 18km south of the capital. This beach is very special as it is home to the endangered sea turtle species, ‘Caretta-Caretta’. The long cove, surrounded by rich green hilltops, possesses blonde sands and crystalline waters providing the perfect environment for sunbathing and swimming. Its rock formations that scatter the seashore create an enchanting atmosphere.

Marathia: This secluded cove is one of the most tropical looking beaches on the island with its rocky landscape and vast greenery. The beach is 26km from the capital and offers no tourist facilities and so is rarely busy. Glassy waters and its rugged terrain make a great spot for snorkeling. This beach is a paradise for calm and solitude.

Ksigia: 20km north of Zakynthos town is one of the most popular locations on the island. This natural spa is renowned for its milky waters and therapeutic qualities. Sulfur particles from neighboring caves are what cloud the water and possess natural healing characteristics. The tiny beach is a mix of sand and pebbles and offers a fantastic beachside taverna serving delicious seafood.

Agios Nikolaus: Named after the little chapel of Agios Nikolaus that sits beachside, this lively beach is a hotspot for young crowds due to its fun atmosphere and water sport facilities. The wide bay offers soft golden sands and azure waters.

Zakynthos is the third largest island in the Ionian sea and therefore offers many things to see and do. Its capital was strongly influenced by the Venetians who referred to the island as ‘Fiore Di Levante’- The Flower of the East. Venetian castles, churches and bridges are found on the island, as well as neoclassical architecture, traditional monasteries and museums. A lot of sightseeing attractions also include caves, swimming with the turtles and boat tours around the surrounding islets. There is no chance for boredom on the island of Zakynthos!

The Blue Caves: The magical Blue Caves of Volimes are a geological phenomenon found on the northeast coast of Zakynthos. They are the top attraction on the island due to their distinctive characteristic of reflecting the surrounding water’s striking blue colour. Discovered in 1897, the caves are only accessible by sea and so many boat touring companies offer regular excursions to the area. Diving from the impressive formations and swimming into the dark caverns lit with occasional sun rays make this a truely unforgettable attraction.

Venetian Castle: The ruins of a Venetian castle lay on the rich green hill of Bohali, just above Zakynthos town. Completed by the Venetians in 1645AD, this grand structure holds the statue of the winged lion of Saint Mark; the symbol of the Venetian empire. Eerily enough, the remains of previous castles have been found within the castle walls; the 12th century Byzantine Church of the Savior, the Church of Saint Francis dating back to the 14th century, the Church of Santa Barbara, the Church of Virgin Mary Laurentena and the Church of Saint John the Baptist. This is a captivating site and in addition offers stunning sea views.

Monastery of Panagia Anafonitria: This remarkable stonework structure was founded in the middle of the 15th century and is dedicated to the Virgin Mary. The Byzantine construction has a very interesting architectural design and pops colour with pretty flowers and lush green foliage. It was here that the patron saint of the island, Agios Dionysios became a monk and spent the last years of his life.

Zakynthos, also known as Zante, is a tourist developed island and therefore offers many fantastic restaurants and bars. Eateries range from cosy family tavernas to luxury seaside dining. Most of the restaurants are found in the towns of Tsilivi, Laganas, Kalamaki and Argassi and local bars and nightclubs can be found in Zakynthos town. Cuisines of the island include Italian, Chinese, Indian, British, American and of course traditional Greek and Mediterranean.

Staple dishes of the island that we recommend trying include:

Skordostoumbi: Aubergines slowly cooked with fresh tomatoes, potatoes and carrots. The rich red sauce is seasoned with paprika, vinegar and lots of olive oil and garlic, hence its name meaning ‘stuffed with garlic’. It is usually served with the island’s most beloved cheese Ladotyri, a hard pungent cheese preserved in olive oil.

Fritoura: Semolina flour is cooked in water until it is thick and creamy. It is then poured into a deep tray and when set, cut into large rectangular pieces that are deep fried until golden and crunchy. It is sprinkled with cinnamon sugar and eaten as dessert.

Frigania: This three layer dessert consists of traditional Greek rusks (doused in syrup) topped with vanilla infused cream and then finished off with a layer of whipped cream. It is topped with ground almonds and sprinkled with cinnamon.

Chicken Sartsa: The comfort food of the island is chicken Sartsa (also known to be made with lamb or beef) and consists of onions, garlic, tomatoes, red wine vinegar, chicken and black pepper. What makes this dish so delicious are the large cubes of Greek cheese (usually Ladotyri, Graviera or Kefalograviera) that melt into this dish adding a soothing creaminess to the flavour.

Be sure to try Verdea, the island’s most important, most popular local white wine. Usually aged in oak, the traditional characteristics of the wine include an amber colour and fruity, piquant aromas. It’s a great accompaniment to fresh seafood.

Zakynthos is rich in folklore traditions aswell as religious feasts and festivities. One cultural event especially caught our eye and that is the Zakynthos Festival of Backgammon.

Backgammon, known as Tavli throughout Greece, is the country’s national board game and the longest running board game dating back to the ancient times. In almost every Kafeneio, beachbar or cafe, you will find Greeks playing this popular board game. It is a fast paced game that is fun to both watch and play with a variety of different games and rules that can be applied.

Every year at the beginning of July, players from across the world come to Zakynthos to compete and watch other players in the hope of learning new and interesting strategies. The festival, that marks the beginning of summer, consists of six days of fun matches and six nights of competitive tournaments. It is run by professional players who offer tips and coaching to both amateur and professional players.

Even if you have no idea how to play Backgammon and have no interest in board games, this festival is a fun and authentic islandic experience that should not be missed. Cheering, drinking, music and dancing are also features of this festival and provide a great presentation of the lively Greek spirit!

The dreamy island of Zakynthos is the second most visited Ionian island after Corfu and it’s no wonder! With otherworldly landscapes, tropical beaches, enchanting sights and a wealth of history and culture, there is something on the island for everyone! 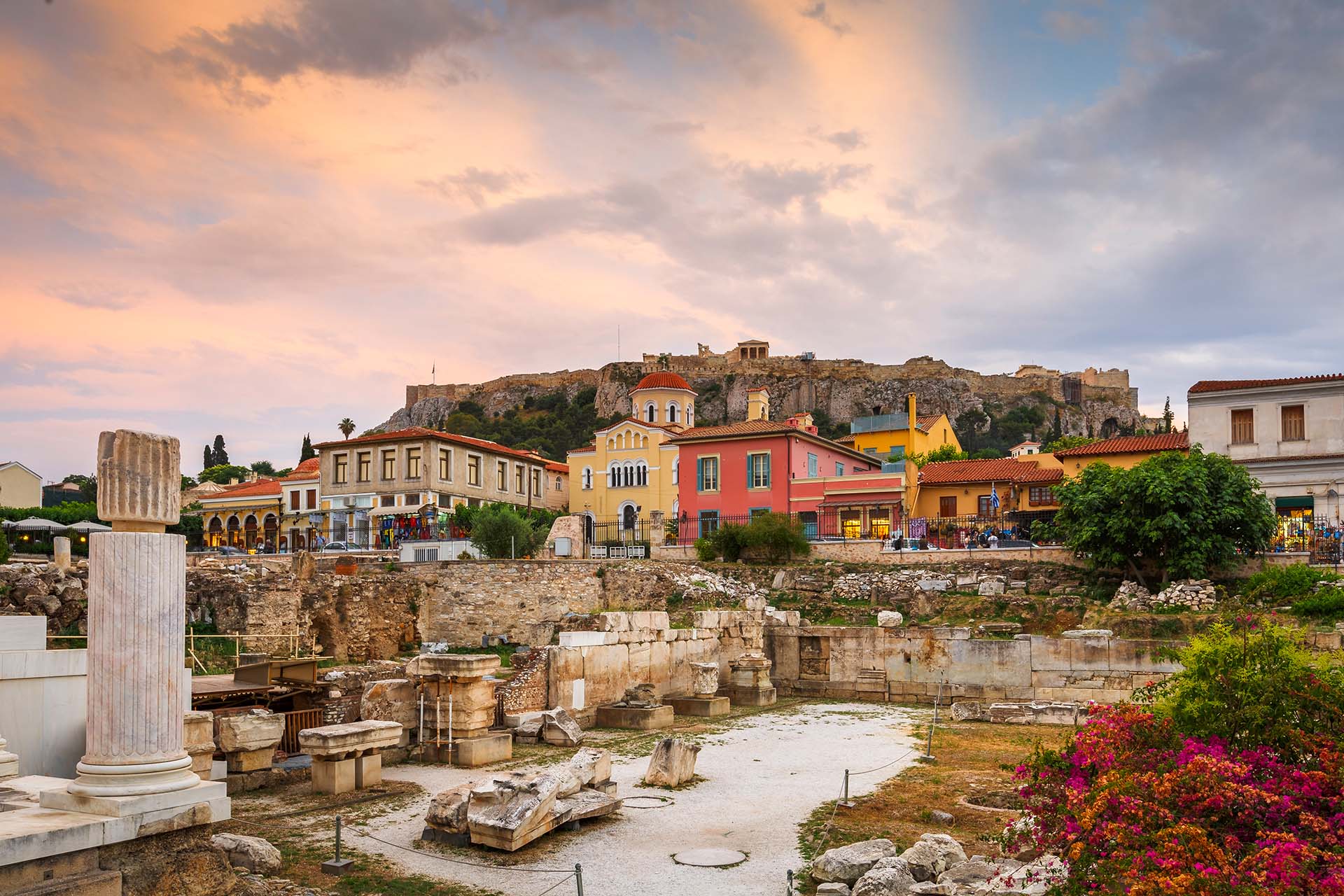 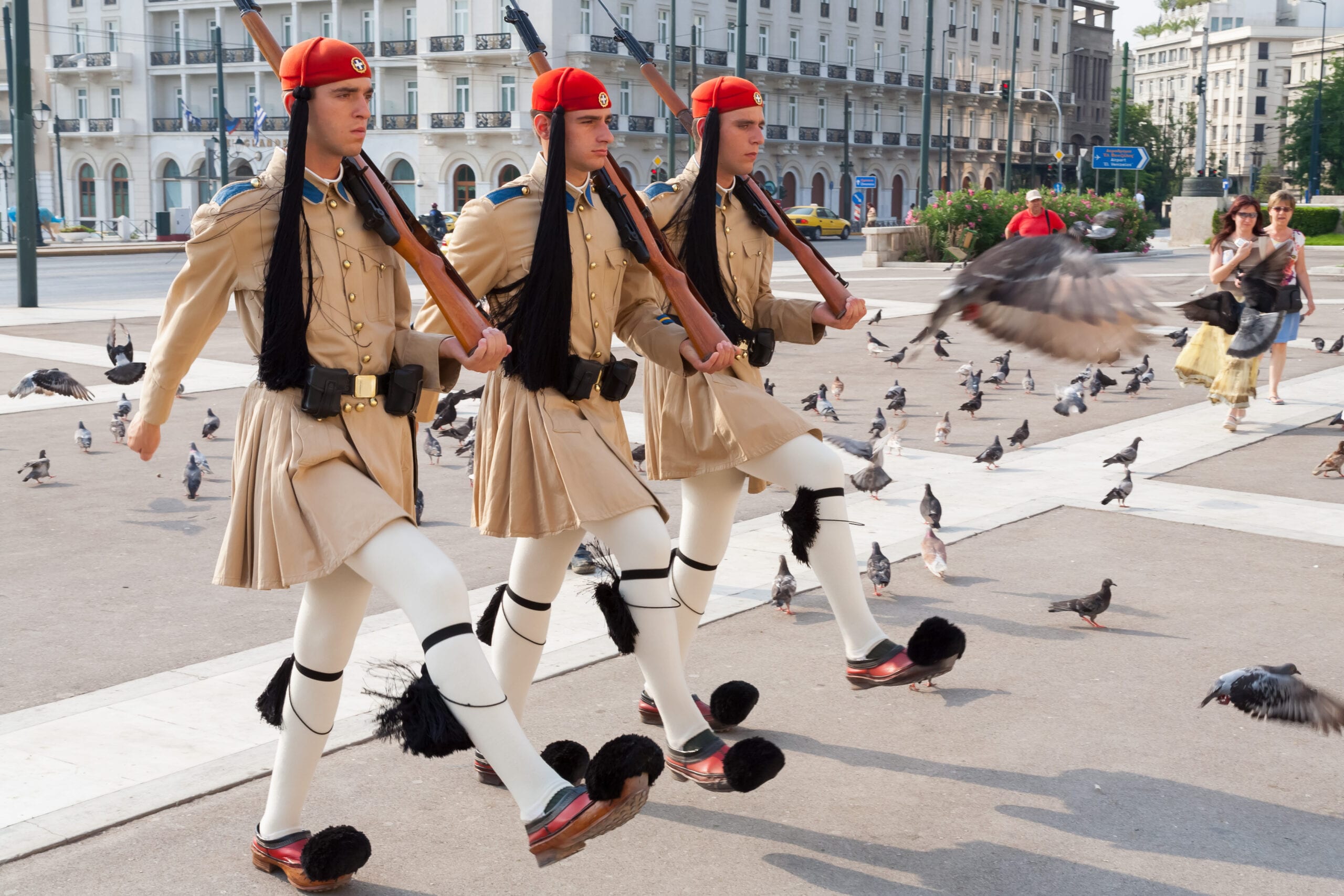